New Builds vs. Older Properties – Which is Best for You?

Record numbers of people in the UK are on the move at the moment. Many of them are choosing to move into new builds. This is hardly surprising, as such developments are cropping up all over the nation.

On paper, a new build is an ideal home. After all, a new house hasn’t had the chance to develop any issues yet, such as structural problems, and as the first owner, you can put your stamp on it. Do not write off an older property just yet, though.

Let’s take a look at the pros and cons of new builds and compare these to older houses. Armed with this information, you’ll be able to make the best possible decision for your housing needs.

Everybody looking to purchase a home will likely consider buying a new build at some time in their life. There are many reasons why new builds are appealing to homeowners.

The first of these is in the name. New builds are … well, they’re new. Older properties can sometimes be prone to wear and tear, caused by the ravages of age. If you choose to buy a new build, you’re unlikely to experience problems with dampness or the dreaded black mould.

Likewise, you can typically be assured that the roof will be in good shape, the boiler will be freshly installed, the windows have just been fitted … all of these are potential major expenses that you won’t need to worry about for quite some time. With a new build, what you see is what you get. You won’t need to decipher estate agent lingo either, with major problems being put through a filter to make them sound much smaller than they are.

New builds are also completely neutral. The walls will be white, the floors unscuffed, the appliances untouched. This will make it much easier – and potentially cheaper – to put your own stamp on the property. You will not need to spend months painting over the previous owner’s questionable choice of colour scheme or tearing up the old carpet.

New builds can also be more accessible to first-time buyers of those on a budget than a traditional purchase. The idea of shared ownership is not appealing to everybody, but it can be a great way to climb the first rung of the property ladder. Even if you do decide to purchase the property outright, you may qualify for additional support, such as the government’s Help to Buy scheme.

Finally, new builds tend to be ideally located, often in major cities and up-and-coming locations. Developers will not take on just any space to create their properties. Oftentimes, new builds are found in prime territory with great access to local amenities. In some cases, they are even the first steps toward entirely new towns. You could be getting in on the ground level of an exciting new area that will see the value of your home soar in years to come.

Have we convinced you that new is always better, and you should not give an older property a second thought? Well, hold your horses. For every benefit of a new build, there is also a potential drawback. You need to be aware of these before rushing into a decision.

Firstly, new builds are invariably expensive. We’re loathe to use a loaded term like overpriced, but … look, just be aware that you may get more home for your money if you look into an older property. Sometimes, it’s better to take your time and save for that elusive deposit.

Also, as discussed, new builds are completely neutral. That’s great for some, but for others, “neutral” is just a fancy term for, “soulless.” You may find that you’re more drawn to an older property with a little more character. With the right mental attitude and a little creativity, any home can quickly be made cosy.

Older homes also tend to be larger – and more robust. Some new build developments are criticised for a, “build them up and sell them off” approach. The walls are often paper-thin, and the rooms much smaller in reality than they look. Developers and estate agents use wide-angled cameras in their listings and brochures, leading to a misleading impression of dimensions.

The listing that caught your eye may not even be the home that you’re being invited to purchase. Listings for new builds usually use a single, generic image to represent all properties. This photo will likely make the house or apartment look like a palace. Be careful – you’re likely looking at the five-bedroom home further up the development (with a few extra zeros added to the price tag), not the two-bed that you have budgeted for.

Finally, be aware that new builds can also be prone to snagging issues. Think of a new build home as akin to computer software. All the bugs in the code may not become clear until people start using the software. If you decide to invest in a new build, ensure that the developer is willing to step in and help to rectify any issues. If not, hidden costs may start to mount up.

New Build or Older Property – Which is Best?

“Best” is a subjective term, and it’s not our place to assign this status to any property. A home is what you make of it, after all, and most people can be equally happy in older or newer properties. Weigh up what matters most to you based on what we have discussed above.

Perfection is almost impossible to find in any property, so you’ll need to make some compromises wherever you choose to live. Deciding between new builds and older properties is simply a case of making a judgment call on what is non-negotiable. Van Man York wishes you well in any home you choose and hope that you’ll consider us for your move. 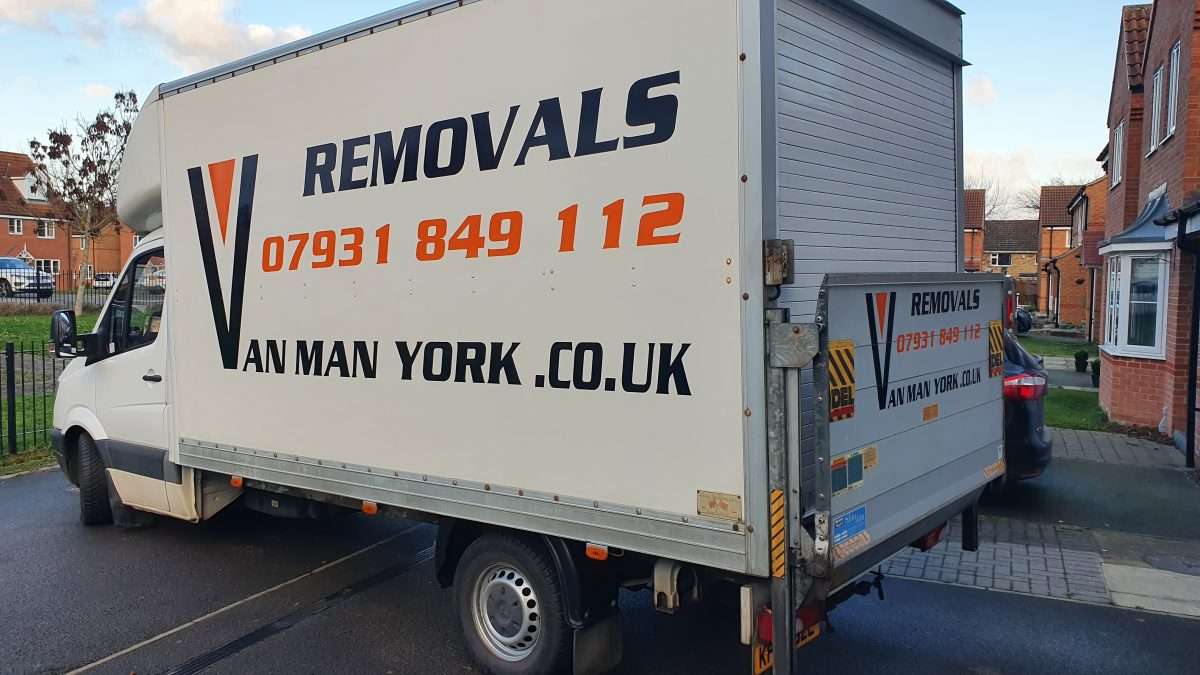