Now! That’s What I Call a House Move Playlist

Moving can be a famously stressful experience, so you’ll need to do whatever you can to make the process easier. We recommend retaining a sense of humour – sharing jokes pertaining to house moves may help with that.

In addition, ease your transition with the aid of music. You can create a playlist to soundtrack your move from one home to another, expressing your own sentiments and keeping you motivated. Fire up your platform of choice and start streaming these ditties.

The Clash – Should I Stay or Should I Go?

First thing’s first – you’re going to need decide whether you’re moving or not. To quote the lyrics of this anthem from the legendary London punk rockers, which reached number 1 in the UK charts, will you commit or will you blow? We think you know the answer. It’s time to start packing up your worldly goods and labelling boxes.

Buoyed by the motivation of The Clash, now is the time to embrace the move in all its glory. Don’t be sad – be excited. This rave-ragga hybrid is an evergreen classic, and its sure to get you pumped for the work that lies ahead.

Just because you’re moving, don’t think of the experience solely an ending. Just like this Beatles classic suggests, which topped the worldwide charts as a double A-side with I am the Walrus, this is a chance to say goodbye to your old property while also embracing the adventure of a new home whole-heartedly.

All the same, leaving an old home – and all the memories it contains – can be a bit of a gut-wrenching experience, especially if you’re moving due to changes in personal circumstances. It’s OK to feel a little maudlin. This John Denver ballad, perhaps better known through the cover version recorded by Peter, Paul and Mary, will merit you a brief wallow in the sadness of concluding a chapter in your life.

There’s no time to mope around, though. Take the advice of Ray Charles, who made this Percy Mayfield song his own. Get your van loaded up and get on the open road. Your new castle awaits, intrepid house mover!

Once you’re on the road and in the moving van, there’s only one choice for the first song to play. Bob Dylan effortless captures the essence of feeling displaced by moving on, and it’s OK to share in Dylan’s cynicism and ask yourself that all important question – “how does it feel?”

David Bowie was famously chameleonic, with this 1972 representing his constant evolution. Take a leaf out of the Thin White Duke’s playbook by embracing change yourself. Yes, change can be scary – especially something as major as your accommodation. All the same, it’s not change for change’s sake. This move could kickstart a revolution in your life.

From one of Blighty’s greatest ever pop stars to arguably the biggest name in the contemporary industry. Don’t dwell too much on the fact that everything is changing. It’s important to remember that this is also an opportunity to start all over again. Ms. Swift’s celebrated country number will help remind you of this.

While you’re contemplating your new start, think about everything that it entails. This Fleetwood Mac number is a reminder that tomorrow is another day – and that you have a whole range of tomorrows ahead of you in your new home, which in turn means a new array of hopes and dreams.

This Britpop classic is probably best known for topping the charts in 1995, where it beat out fierce competition from the Oasis single Roll with It. It’s also a celebration of moving to a new pad, especially one out in the sticks. If you’re moving the move from city slicker to rural bumpkin, this is your new theme tune.

By this point of your move, you may be flagging a little. Moving in hard work, after all. Have a quick hydration break, rest your aching bones for a minute, then click play on this 1989 hip hop classic. Take the advice of Marvin Young, aka Young MC, and bust a move. The sooner you get going again, the sooner your move will be complete.

The Pointer Sisters – I’m So Excited

Once you have taken the advice of Young MC and got to work, you’ll barely be able to contain your glee. Crank up the volume on this disco classic and get to bopping between box unpacking. This is the perfect track to accompany quick decoration and making your new home cosy – you’ll immediately start to remember why you were so keen to move.

Hall and Oats – You Make My Dreams

In an ideal world, you’ll be leaving a good home and moving to a great one. That means it’s time to crank up this 1980s stalwart. Kick your heels and celebrate your new home – according to John and Daryl, John Oates and Daryl Hall, it’ll make your dreams come true.

These sleazy LA gam rockers may be better known for their upbeat anthems, but like all 80s hair metal acts, Mötley Crüe knew how to pen a heart-swelling power ballad. Blast this one loud and apologise to your neighbours afterwards. It’ll help you settle into your new surroundings.

Finish up with arguably the ultimate tribute to a new abode, from British ska heroes Madness. Sit back, relax and let this song wash over you. You made it – now there is nothing left to do but enjoy your new home.

Naturally, there is nothing to say you need to play these songs while you move. This playlist is just for inspiration. If you prefer Scandinavian death metal, Belgian trip-hop crossover or the Spice Girls, play whatever it takes you get you through the experience. 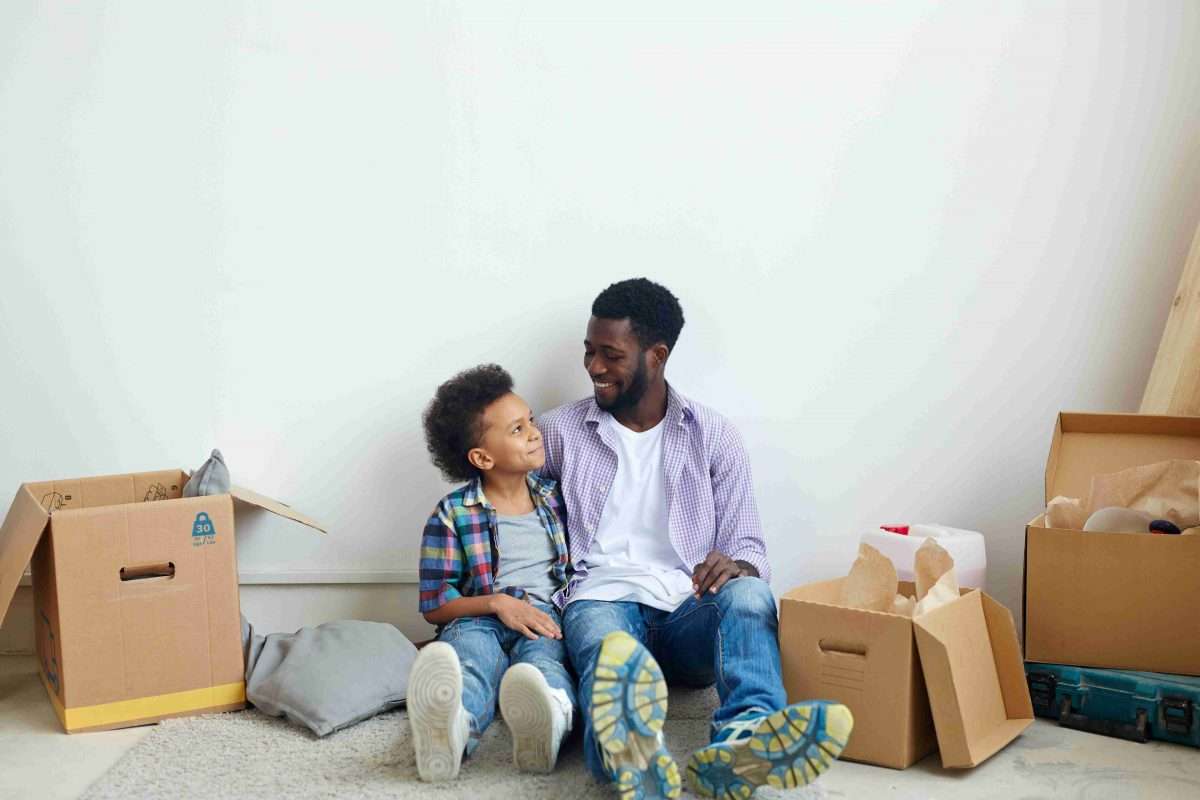